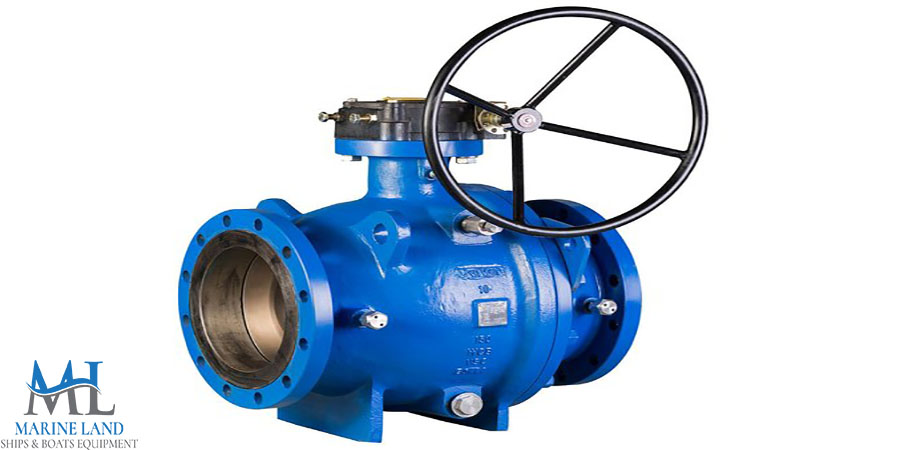 For high-pressure applications, the trunnion ball valve is the ideal ball valve design type. In floating ball valves, the ball has freedom of movement. During use, the ball floats slightly downstream in front of the seat ring, sealing only one side of the valve. In addition, the torque on the stem increases.

This is where the Trunnion design offers the solution. In the trunnion valve design, the ball does not float due to the connection to the trunnion. This is an advantage because it maintains a good seal on both sides and no additional torque is applied to the stem. Therefore, for higher pressure applications, a trunnion ball valve provides better sealing and requires less torque to rotate.

The ball valves mounted on the trunnion have spring seats. In a floating ball valve, the pressure pushes the ball toward the seats, which creates a seal. Unfortunately, ball valves require high pressure to create effective seals, which makes them ineffective in low-pressure systems.

A trunnion-mounted ball valve provides lower operating costs because any additional pressure on the valve is absorbed by the trunnion and the stem. This leads to less operating torque and consequently eliminates the need for a large actuator.

The trunnion ball valve is designed by API608 or API 6D and complies with several other industry standards. API 6D provides the basic design, dimensions, and test standards for the trunnion valve. The API 6D standard also gives the standard weight of ball valves according to different hole sizes and body dimensions.

Double Block and Bleed (DBB) is the process of closing a section of pipe on either side of a valve, not just one. Thus, a trunnion ball valve can block both upstream and downstream sides of the workplace and then drain any bleeding that remains in the piping and valve. A double block and hemorrhage (DBB) are often used to more accurately separate process fluid from other equipment. It usually consists of two trunnion ball valves that act as block valves and a bleed valve (usually a ball or needle valve) in a safe place by local environmental regulations.

The DBB valve is a side-entry ball valve designed for downstream, middle, and upstream gas and oil applications with a welding or screw body. This valve has two seats, each of which seals separately against pressure. One seat seal the fluid from the top and the other seat seals the fluid from the bottom. For a ball valve mounted on a DBB hose, when the valve is in the closed position and fluid is coming from above, it pushes the seat toward the ball to release the seal.

When the pipeline is under pressure, the trunnion ball valve closes. The liquid is trapped inside the ball, which puts pressure on the ball. The pressure inside the ball increases when the temperature of the ball increases. When the pressure in the ball is high enough, the pressure must be drained / bleeding. For a trunnion ball valve with a bleed function, the pressure in the seated ball is pushed back by compressing the spring behind the seat, and there is a vent/bleeding between the valve sealing surfaces. According to the API 6D specification, venting/bleeding at pressures less than 1.33 times the pressure designed for ball valves is required. However, several critical projects must be discharged at a pressure of fewer than 1.1 times the initial designed pressure.