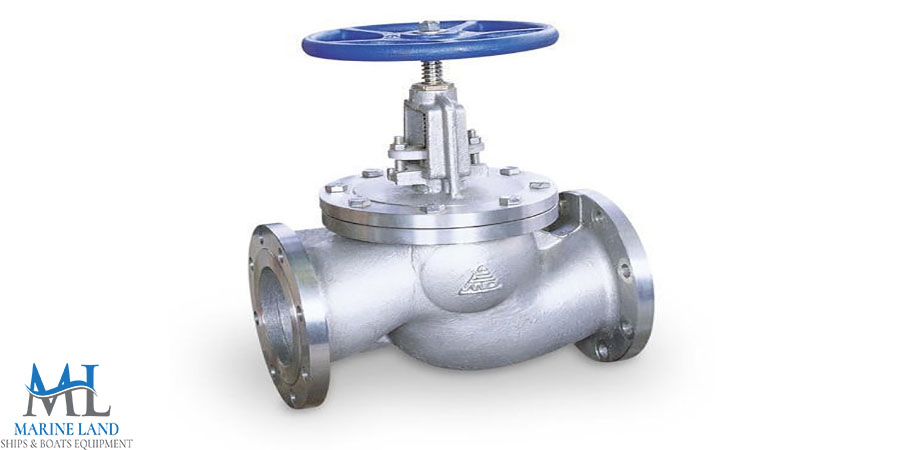 Non-returnable ball valves, referred to as SDNR globe valves, are used to prevent reverse flow in the open state and for a leak-proof package that can be used to regulate flow until it is created. The Dubai and Sharjah Marine store in the UAE always has the best for its customers.
This valve in dubai is not attached to the spindle and the disc must have a wing or guide to ensure complete safety and position when the valve is closed. If reverse flow occurs, the disk will be re-inserted automatically.

An SDNR globe valve is a type of valve used for regulating flow in a pipeline, consisting of a movable plug or disc element and a stationary ring seat in a body.

Globe valves are called for their spherical body shape with the two halves of the body being separated by an internal plug.

It has an opening that forms a seat onto which a motivate plug can be screwed in to close the valve.

In SDNR globe valves, the plug is connected to a stem which is operated with screw action using a manual wheel in hand valves. Generally, automated globe valves use smooth stems rather than threaded ones.

A throttling SDNR globe valve uses a linear motion to move a closure member into and out of a seating surface.

An SDNR Globe valve is a linear motion valve and is primarily designed to stop, start and regulate flow. The Globe valve can be removed from the flow path or it can be completely closed the flow path.

They have a body distinguished by a globular-shaped cavity around the port region and they are designed to regulate process flow when used in conjunction with an actuator assembly.

Many Globe valve bodies use a cage or retainer-style construction to retain the seat-ring, provide valve guiding, and provide a means for establishing particular valve plug flow characteristics.

Cage or retainer-style single-seated valve bodies can also be easily modified by a change of trim parts to change the flow characteristic or provide reduced-capacity flow, noise attenuation, or reduction or elimination of cavitation.

Unlike the other valve, the globe valve can be used for regulating flow or pressures as well as complete shut off of flow. Also, It may be used as a pressure relief valve or as a check valve.

Compared with another valve the SDNR globe valve has considerably higher-pressure loss in the fully open position.

SDNR Globe valves may be used for isolating and throttling services. Although these valves exhibit slightly higher pressure drops than straight-through valves, they may be used where the pressure drop through the valve is not a controlling factor.

Because the entire system pressure exerted on the disc is SDNR Globe valves are extensively employed to control flow. The range of flow control, pressure drop, and duty must be considered in the design of the valve to avert premature failure and assure satisfactory service.

Completely, the maximum differential pressure across the valve disc should not exceed 20 percent of the maximum upstream pressure or 200 psi (1380 kPa), whichever is less.

SDNR Globe valve design is the most common body type, with a Z-shaped diaphragm. The horizontal setting of the seat allows the neck and disk to move perpendicular to the horizontal line.

This design has the lowest coefficient of flow and pressure drop. They are used in throttling services, such as bypass line control valves.

The Globe valve may also be used in applications where pressure drop is not a concern and throttling is required.

In the following terms are some of the typical applications of SDNR Globe valves.