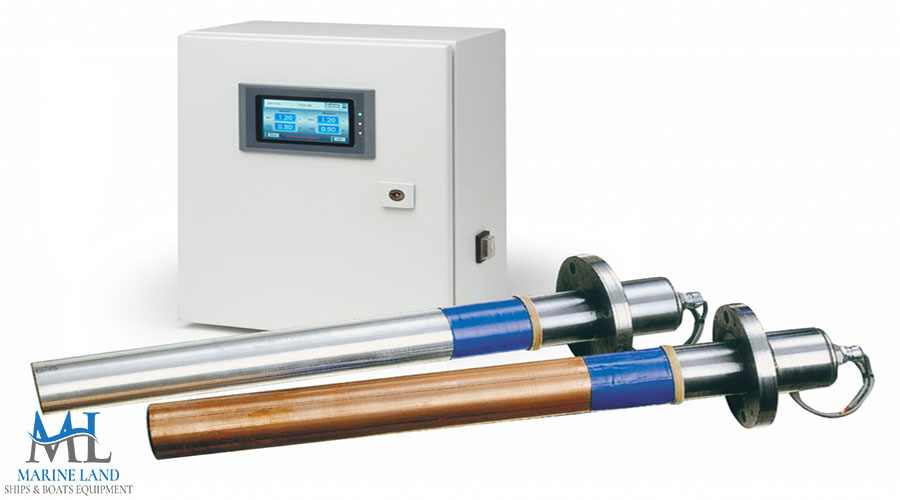 One of the ways to prevent the growth of microorganisms is to use the marine biological defense system or MGPS in Dubai. This system to:
01. Prevents the absorption of marine organisms in water pipelines and water cooler pipes.
02. Prevents pipes from being corroded by marine organisms.
Electrolysis in seawater through copper anodes produces rare copper ions. When the copper ion reaches 2 mg/m3, the copper ions can directly inhibit the growth of organisms in the seawater piping systems. Electrolysis in seawater through the company's anode produces a small amount of mud hydroxide. Copper ion and hydroxide in sea water can stick to the marine larvae in the sea and kill the marine larvae.
In areas where seawater flows slowly, as electrolysis time increases, these drawn hydroxide branches attach to the inner walls of seawater pipes and form a thin protective layer to prevent water corrosion.
If you are planning to buy MGPS in UAE, Dubai Marine Company is the best option.

The marine growth prevention system, which is abbreviated as MGPS in Dubai, is designed to deal with the growth of marine microorganisms and prevent the deposition of these substances in the piping system inside the ship. As you know, ships regularly travel in the water of seas and oceans and it is natural that part of the sea water enters the piping system of the ship. On the other side, sea water contains salts, minerals, algae and micro organisms called micro-organisms that are deposited inside the pipes.

Due to the presence of moisture and darkness, the piping inside the ship is a suitable environment for the growth of these microorganisms. Therefore, if their growth is not stopped, they cause problems in the ship's piping system. This is where the mgps system in UAE comes into play and tackles the growth of these tiny marine organisms.

mgps system in Dubai consists of anode and cathode. The task of the anode head in this system is to create an anti-sediment and anti-corrosion layer on the internal walls of the ship's piping system by producing ions so that particles and marine organisms do not have the opportunity to deposit in the pipes.

The three types of alloys used to make the anode of the mgps system are:

This type of alloy is used to prevent sedimentation of marine organisms in pipes, strainers, heat exchangers, pumps, etc.

If the ship's internal piping is iron, this type of alloy is used along with copper alloys to prevent corrosion and marine microorganism deposits throughout the piping system.

If the ship's internal dredging system is a combination of two metals, copper and nickel, iron alloy anodes are used to prevent corrosion in the pipes.

How to install the MGPS system on the ship

The following three methods are used to install the offshore mgps system:

This installation method is mostly for new ships and increases the useful life of the mgps system in Dubai.

This installation method provides the best and most complete performance of the mgps system in Dubai and does not have any negative effect on the water supply system of the ship.

In this method, a separate electrolysis tank is fitted with an anode that sprays ions through a nozzle in the vessel's internal piping. This system is installed on ships that do not have the possibility to install mgps offshore system in the previous two ways.

Considering the positive performance of the MGPS system in preventing sedimentation and the growth of marine microorganisms, systems that use purified seawater for staff consumption will have the following benefits:

Since the sedimentation of marine micro-organisms reduces the speed of water flow in the pipes, the use of the mgps system allows water circulation to be carried out at a high speed without any problems.

Corrosion is another issue that we face when sea water enters the internal pipes. Therefore, if we install an mgps system in the ship's piping system, the seawater will be purified well and the corrosion of the pipes will be prevented.

3. The efficiency of the system and machines increases;

Many machines and internal systems of the ship supply their energy from sea water. The mgps system helps to save the energy of the ship and increases the efficiency of the machinery.