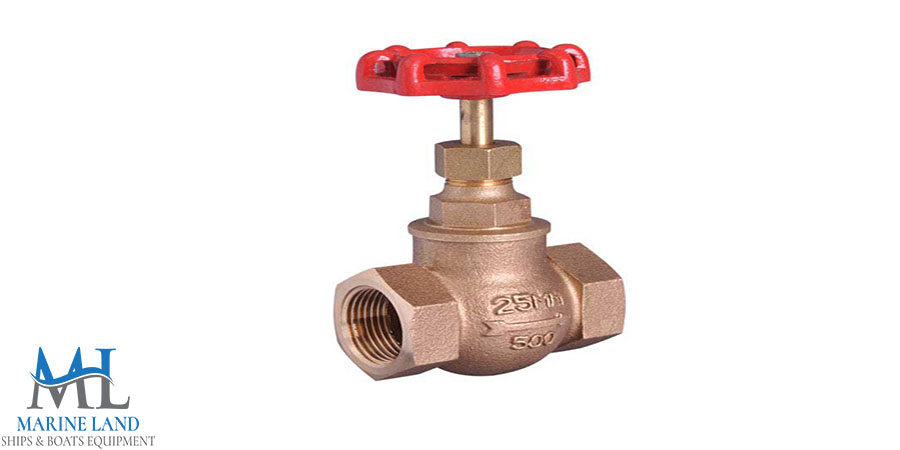 Globe valves in dubai are another product of marin land company which is one of the most common control valves. Globe valves have a spherical body. Inside the valve, there is a baffle or so-called wall that separates the two halves. These internal structures produce different currents than ball valves and other rotary valves. The globe valves act in a linear motion.

What is a globe valve?

A globe valve, unlike a ball valve, is a type of valve used to regulate flow in a pipeline, which consists of a plug or movable disc and a fixed ring in a generally spherical body.

The globe valves are named for their spherical body shape, the two halves of which are separated by an internal baffle. It has an opening that forms a seat that can be screwed on with a movable plug to close (or close) the valve. Also called a disk plug. In globe valves, the plug is attached to a base that operates by screwing and using a trolley on the hand valves. Typically, automatic globe valves use smooth stems instead of threads and are opened and closed by a set of actuators.

Although globe valves used to have spherical bodies, which gave them their name, many modern spherical valves do not have many spherical shapes. However, the term globe valve is still often used for valves that have such an internal mechanism. In piping, valves with such a mechanism are also commonly called stop valves because they do not have a spherical chamber, but the term stop valve may refer to valves that are used to stop flow even when they have other mechanisms or designs.

Parts of a typical globe valve

The body is the main structure containing the valve pressure and is easily identifiable because it forms the mass of the valve. This includes all the internal parts of the valve that are in contact with the material controlled by the valve. The hood is attached to the body and holds fluid, gas, or controlled grout.

Globe valves are usually two-port valves, although three-port valves are also mainly produced in the direct current configuration. Ports are valves in the body for fluid to flow in or out. The two ports may be placed directly on top of each other or anywhere on the body or oriented at an angle (such as 90 degrees). Globe valves with ports at such an angle are called angular globe valves. Globe valves are mainly used for corrosive or highly viscous fluids that solidify at room temperature. Because straight valves are designed so that the outlet pipe is in line with the inlet pipe and the fluid has a good chance of staying there in the case of horizontal piping. In the case of angled valves, the outlet pipe is directed downwards. This allows the liquid to drain out. In turn, it prevents clogging and/or corrosion of milk components over a period of time. A globe valve can also have a "Y" shaped body. This allows the valve structure to be straight at the bottom, unlike a conventional boiler (for the lower seating arrangement) for other valves. This again allows the fluid to pass smoothly and minimizes clogging/corrosion of the fluid in the long run.

The hood provides a leak-proof package for the valve body. The threaded part of the stem passes through a hole with matching threads in the hood. Globe valves may have a screw cap, connector, or screw. The screw hood is the simplest hood that offers a durable and pressure-free seal. The union hood is suitable for applications

Closed valve member, spark plugs are attached to the stem, which slides or screw up or down to reduce flow. The branches are usually unbalanced or unbalanced. Unbalanced branches are solid and are used with smaller valves or with a low-pressure drop across the valve. The advantages of the design are simpler, with a possible path of leakage in the seat, and usually less costly. Its disadvantages are limited size. With a large unbalanced plug, the forces required to sit and hold the flow often become impractical. Balanced branches have holes through the branches. One of its advantages is that it is easier to turn off because the plug does not have to overcome the static forces. However, a second leakage path is created between the plug and the cage, and the cost is generally higher.

The stem acts as a link between the stimulus and the valve, transmitting this excitatory force. The stems are either smooth for actuated controlled valves or threaded for manual valves. The smooth stems are surrounded by packing material to prevent leakage of material from the milk. This packaging is a wearable material and must be replaced during maintenance. With a flat stem, the end is threaded to allow connection to the plug and actuator. The stem must not only withstand a large amount of compressive force when the valve is closed but also have a high tensile strength when the valve is opened. In addition, to ensure good valve closure, the stem should be very straight or have a low output. This minimal wear also minimizes the wear of the packaging on the hood, which provides sealing leakage. The stem may be provided with a cover on the packing nut to prevent foreign objects from entering the packing material, which accelerates wear.

The cage is the part of the valve that surrounds the plug and is located inside the valve body. Typically, the cage is one of the largest determinants of flow in the valve. By moving the plug, more holes are opened in the cage, and the flow increases and vice versa. The design and arrangement of the openings can have a great influence on the material flow (characteristics of the flow of different materials at temperatures, and pressures that are in the same range). Cages are also used to guide the plug to the valve location for good shut-off and replace the guide through the hood door.

The seat ring provides a fixed, uniform, and interchangeable off-surface. The seats are usually screw or torque. This pushes the cage down on the edge of the seat and holds it firmly on the valve body. The chair may also be threaded and threaded in the same area of ​​the body. However, this method makes it difficult, if not impossible, to remove the seat ring during maintenance. Seat rings are also usually oblique on the surface of the seat to give some guidance in the final stages of valve closure.

Cost-effective ball valves or stop valves with the same mechanism used in plumbing often have a rubber gasket at the bottom of the disc for the seating surface, so that the rubber can be pressed against the seat to close a seal when closing. And create anti-leakage wax.