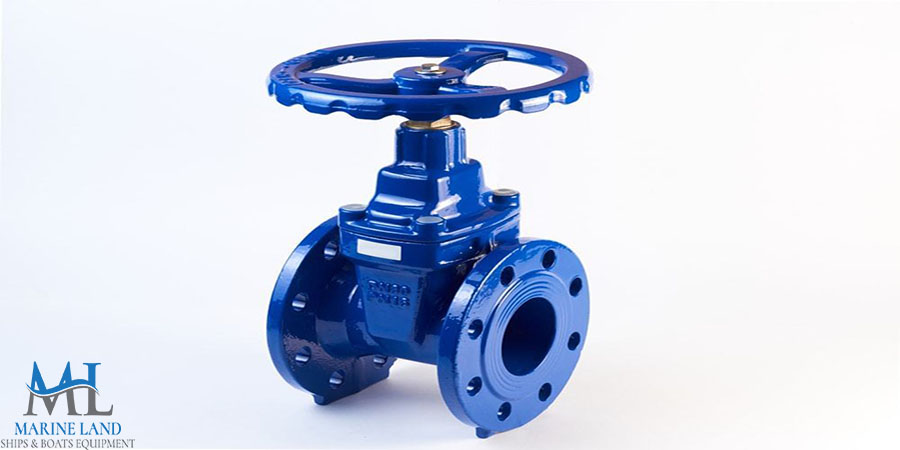 A gate valve, also known as a valve, is a valve that opens by removing an obstacle (gate) from the fluid path. Gate valves require very little space along the axis of the pipe and severely restrict fluid flow when the gate is fully open. Gate plates can be parallel but are usually wedge-shaped (to be able to apply pressure to the sealing surface).

Gate valves are used to stop the flow of liquids instead of regulating the flow. When fully open, a normal gate valve has no obstruction in the flow path, resulting in very low current resistance. The size of the open flow path usually changes nonlinearly as the gate moves. This means that the flow velocity does not change uniformly with the movement of the stem. Depending on the structure, a semi-open gate can vibrate from the fluid flow.

Gate valves are mostly used with larger pipe diameters (from 2 inches to the largest pipelines) because they are less complex to build than other large-sized valves.

At high pressures, friction can be problematic. As the gate is pushed to its guide rail by ambient pressure, the valve becomes more difficult to operate. Large gate valves sometimes have a bypass that is controlled by a smaller valve so that they can reduce the pressure before starting the gate valve itself.

Gate valves without an additional sealing ring on the gate or seat are used in cases where there is no problem with minor leakage of the valve, such as heating circuits or sewer pipes.

Conventional gate valves are activated by a threaded shaft that attaches the actuator (for example, a cart or motor) to the gate. Depending on which end of the stem is threaded, they have a ascending or non-ascending stem. The ascending stems are fixed to the gate and go up and down together as the valve works, which provides a visual indication of the position of the valve. The stimulus is attached to a nut that rotates around the threaded stem to move it. The stem valves are fixed and rotated without rising to the stimulus and threaded into the gate. They may have a pointer on the stem to indicate the position of the valve, because the movement of the gate is hidden inside the valve. Non-ascending stems are used where vertical space is limited.

The gate valves may have a flange end that is perforated in accordance with the flange dimensional standards compatible with the pipeline.

The hoods provide a leak-proof closure for the valve body. Gate valves may have screw caps, hinges or screws. A screw cap is the simplest that offers a durable, pressure-free seal. The union hood is suitable for applications that require frequent inspection and cleaning. It also gives the body more power. Screw caps are used for larger valves and higher-pressure applications.

Another type of hood made of gate valve is a pressure felt cap. This structure is typically used for valves for high pressure service, usually more than 2250 psi (15 MPa). The unique feature of the pressure hood is that the hood ends in a downward cup that fits inside the valve body. As the internal pressure in the valve increases, the sides of the cup push outward. Improved hood body sealant other structures in which the seal is created by external clamp pressure tend to leak at the hinge-hinge connection.

For high-viscosity plastic solids and slurries such as pulp, a special valve called a knife gate valve is used to cut off the material to stop the flow. The knife gate valve is usually not wedge-shaped and has a knife-like conical edge at the bottom. 1928 Introduces the first knife gate valve, the Massaventil (MV), engineered by Mr. Canell. In Sweden, Stafsjö Valves AB.