Barges are a type of marine vessel whose surface is completely smooth. These types of floats are often cube-shaped and rectangular. In the marine transportation industry, a barge is used when the goods are very heavy. In this situation, by placing heavy goods inside the flat surface of the barge, they are easily transported.

Many people don't have enough money to buy a barge, that's why they think about renting a barge in Dubai. This article is for this category of people.

Chartering a barge in the United Arab Emirates and a sea tug is not an easy task because any mistake made in chartering these two important devices will cause many problems for the sailors later. For this reason, in this article, we are going to tell you, dear readers, the most important points of barge and tugboat charter in the UAE.

Is it possible to rent a barge in Dubai?

In answer to this question, we must say yes. Barges are one of the most important traditional sea vessels of Dubai and other Arab Gulf countries, which are used a lot by sailors. In the current situation and with the increase in prices and various expenses in the United Arab Emirates, buying a barge is not possible for many seafarers. For this reason, the best way for them is to rent the vessels they need.

Currently, many companies and individuals rent barges and other marine vessels needed by seafarers to them. Barge charting in Iran is very easy, only seafarers need to pay attention to some important points in the process of barge charter in UAE.

What points should be considered for barge charter in Dubai?

When renting a barge in Dubai, you should pay attention to the following points and be careful in your choice:

Barges are used to carry very heavy goods; For this reason, their physical health is a very important issue. If the barge has a problem or a technical fault, it easily endangers the conditions of the sailors. Therefore, when renting a barge in Dubai, sailors should pay special attention to its complete health so that they do not suffer from unpredictable problems later.

Barges are only used to transport a series of specific goods. For this reason, when renting a barge in Dubai, seafarers should pay attention to the type of goods and the use of the barge. Choosing a barge to carry the wrong cargo brings extra cost to seafarers.

Barges have different capacities. Each barge with any capacity is used to carry a series of goods with a certain weight. Seafarers should apply for barge charter in UAE according to the weight and capacity of their cargo. Choosing the wrong barge in terms of capacity causes many problems for them.

4.  Choosing a trusted company or person

There are many scammers in the shipping industry who only want to take advantage of unsuspecting sailors. All seafarers to rent a barge or any other type of vessel should first look for the best and most reliable person or company to rent their cargo from.

One of the best ways to find a reputable company or person is the Dubai Marine website. Many reputable people register their barge charter ads on this site, so the work of sailors becomes very easy. 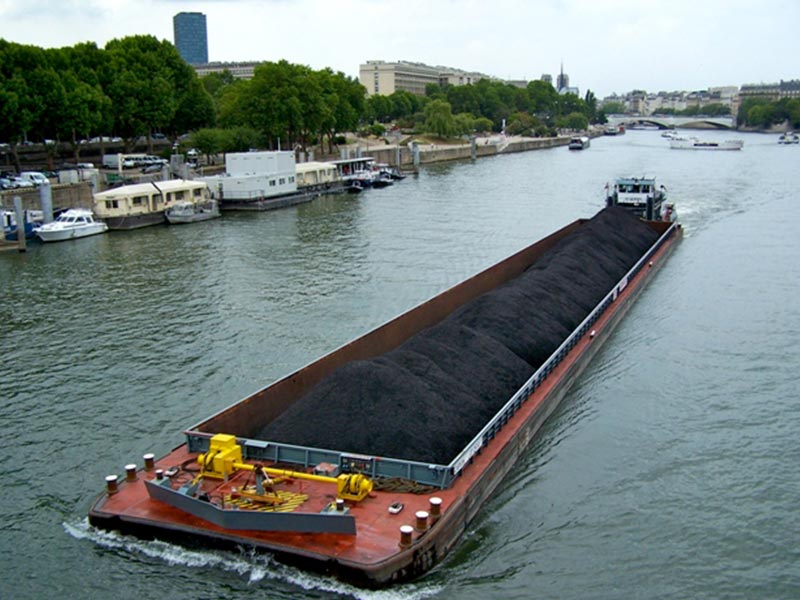 Types of barges for rent in UAE

The categories of barges are as follows:

Barak barge is also known as boat house. Houseboats are very common in places like Cambodia, North India (Kashmir), Laos, Australia and Canada. As the name suggests, these types of barges are mainly used for residential purposes and look very eye-catching while floating as stationary objects in rivers and lakes.

As its name suggests, this type of barge is used to transport dry cargo. When the dry shipping aspect is considered, it includes food grains, sand, minerals such as steel and coal, and other dry goods that can be transported through the cargo system.

These types of loads are completely against dry and heavy loads. These loads are very useful in transporting petrochemicals and fertilizers that are mainly used in liquid form and other important industrial liquid chemicals.

This type of ship was mainly used in the early 20th century to transport railway ships. In simple terms, we can say that these rail carts attached to ships were like portable railway sets that were transported from one place to another. Today, car ferries still operate in some areas of the United States.

This unique barge is used to transport dredging materials; Because they are equipped with proper evacuation tools. Split funnel boat is widely used in marine construction purposes. Because it can dump materials (soil, sand, dredged materials, etc.) on site. The ship can be self-propelled and equipped with a hydraulic motor and cylinder unit to split the hull. Separated hydraulic body for It has transportation, loading and unloading of construction materials.

These vessels are occasional and provide a platform for celebrating royal functions. These types of barges are still common and operational in countries such as the United Kingdom.

Why is it good to rent a barge in Dubai?

You may ask yourself what goods are transported using a barge?

Using barges, they transport all kinds of containers, pallets, sacks and cartons.

Barges are the best choice for transporting small cargo. Carrying this type of cargo with a barge has two very big advantages. First, the cost of seafarers is greatly reduced, and on the other hand, the goods reach their destination at a better speed.

Flat bottom floats or barges are usually available in different sizes and can be used according to transportation needs. These barges are determined by their overall length in feet, for example a barge is 180 feet, a ship is 230 feet, etc.

Different carriers have different load carrying capacity, which is different in their overall length and according to the type of goods to be transported.

This barge is the least preferred because it can carry almost 2 thousand tons of cargo. Its specifications are as follows:

These ships are usually called small and medium cargo and can carry up to 4 thousand tons of cargo. Its specifications are as follows:

The overall length of the buffet is 230 feet (70 meters), the deck load is 8.0 tons/square meter (uniformly distributed load), and the forward sideboard is 2.44 meters by 8 feet.

Due to their size, 270-foot vessels are commonly referred to as medium loads. These can carry 6 thousand tons of cargo at once. The length of these ships has a total length of 82.3 meters or 270 feet and a width and depth of 72 feet and 18 feet respectively. Their deck can bear a load of 7 tons per square meter. The 270-foot barge has a gross tonnage in Smith brackets of about 2,387.

This barge is very widely used. The reason for its widespread use is that it can carry a large volume, even 8 thousand tons of cargo in one load, and it has the largest load bearing capacity among loads. The general specifications of the 300 ft ship are as follows: 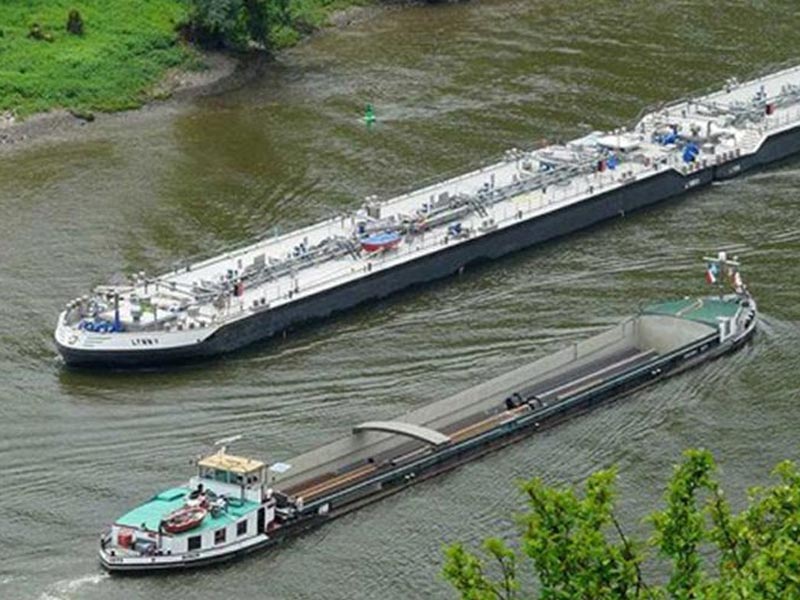 What is the difference between barge and barge?

Barge and barge are both cargo vessels, but they have fundamental differences from each other. For example, the capacity of barges is more than that of barges, on the other hand, international certificates must be used to build barges, but barges are not like that. The barge is made of special wood, but the barge is made of metal.

Is a barge different from a dobe?

Dobe and barge are two very similar vessels that most people do not see any difference between them. This is despite the fact that these two floats are different from each other in some issues. In the following, we will mention the important differences between doba and barge for you, dear readers.

The cost of transporting goods by barge is more affordable for seafarers.

A very important difference between a barge and a dobe is that the dobe has an engine, but the barge does not have an engine and moves with the power of a pulley.

Another difference between barges and trailers is that trucks and cranes can go into the barge when loading, but they cannot move into the trailers.

Of course, note that these two floats are similar to each other in terms of many other issues, such as the type of load and usage.

What is the best way to rent a barge in Dubai?

Different criteria are considered for buying or selling types of barges, but where to buy a back barge can be done in two ways, online or traditional, but we should not neglect to mention this important point that the use of the barge is very important for the buyer. On the other hand, the barge seller must have full knowledge of barge pricing so that he can sell his barge at the right price with a correct market assessment.

Startups and specialized maritime authorities in cyberspace such as Dubai Marine can provide great help to buyers and sellers of all types of barges throughout our country and even neighboring countries.

For pricing on barges, the length, width and height along with the capacity of the barge are considered so that they determine the pricing criteria of the barge. Of course, I should not neglect to mention this important point that barge pricing is different in different countries, and barges are priced according to the needs in these countries.

Dubai Marine site to remove unusual commissions in the field of buying and selling industry marine market has been created, which is why, for pricing on all types of barges, maritime activists can view advertisements related to each type of barge on the Dubai Marine website.

In fact, a barge is a type of cargo ship designed to transport passengers or goods through rivers or canals. Typically, these transport vessels are long, flat-bottomed boats that do not have a self-propelled mechanism. A cargo must be towed by a tugboat or rope boat.

Nowadays, it has become difficult to carry heavy cargo, and this makes it very suitable for transporting heavy cargo or bulky goods.