ASD floating in Dubai is a new generation of tugboats for pull and push operations and moving drilling rigs, which is built with the most advanced technologies in the world and has many capabilities. The ASD vessel in the UAE is more powerful than other vessels of the old generation, which is due to the use of Azimuth engines for the propulsion of this type of tug. Therefore, the ADS vessel in Dubai has much more maneuverability than other tugboats. Azimuth motors are also very expensive.

Therefore, the main characteristic of these vessels compared to other tugs is the great power of their fire-eating systems. In addition, it has very good maneuverability and high safety to control its movement in unfavorable sea weather conditions and high wave height.

Introduction of ASD float in UAE

The ASD vessel, which is actually a part of the old generation tugs, is specially designed for barge transportation, and in addition to towing operations, it also has the ability to push and pull small oil tankers. The most important physical characteristic of the ASD float in the UAE is its short length and high motor power. The third generation ASD vessel is a special tug for Towing, Push and Pull and moving anchors, which has a wider deck and longer length than AHT vessels. In addition, it has the ability to carry cement, mud and drilling materials.

Other features of this ASD boat in Dubai include very strong winches, wide wooden deck and high height. The power of the engines is 4000 horsepower and its length is at least 30 to 35 meters.

The existing supply vessels in Dubai (which are AHTS) are often worn out and do not perform well. These vessels are in docking for most months of the year and their class classification institutions do not extend them. This is in a situation where time is the first priority in oil and gas projects. Therefore, it is necessary for the relevant organizations to take action to buy or rent an ASD vessel in Dubai, and by providing facilities to the owners of these vessels, help them in rebuilding the offshore marine fleet.

Towing vessels include barge, crane, supply, handing anchor, DP UP jack, boat, vessel layer pipe, boat passenger, barge, accommodation barge, boat tug, etc., which is necessary to be up-to-date due to the large number of vessels in this industry. This can be investigated both in terms of offshore and in terms of operations and functions. Barge vessels, which are often used to transport goods, are very important and useful in the offshore industry.

ASD floating lease agreement in Dubai and its types

ASD boat rental contract in Dubai is a document that is concluded between the owner of the ASD boat in Dubai (or his authorized representative) and the charterer, and in those conditions, the ASD boat rental in Dubai with the crew is for a certain period of time or for a certain number of trips between ports. , stipulation or by virtue of it, the terms of handing over the ASD vessel in Dubai without a crew are determined for the period stipulated in the contract. In the lease contract of ASD in Dubai according to its type, it is necessary to specify all or part of the following information: information about the owner and lessor of ASD in Dubai, the name of ASD in Dubai, its specifications and capacity, cargo specifications and its amount, ports or places of loading and unloading, rate of rent or rent, time, place, type of money and method of payment of rent or rent, allowed time for loading and unloading goods (while specifying that holidays and working days that for example If the weather is unfavorable, how is it calculated in this period, or in case of delay in loading or unloading or speeding up this work, how is the damage of the ASD floating suspended in Dubai - demurrage - or on the contrary, how is the reward for speeding up loading or unloading - dispatch - determined) and Finally, the obligations of the ASD floating owner in Dubai and the charterer.

A) ASD boat rental in Dubai with crew:

In this type of contract, the ASD vessel in Dubai is rented for a certain period of time, and the rental period may be several months or even several years according to the needs of the renter and the agreement of the owner. Of course, sometimes permission to extend the contract for a certain period is given to the lessee so that if the period expires, the lessee can extend the contract for the specified period.

In the temporary lease, the entire capacity of the ASD vessel in Dubai is provided to the lessee to carry cargo from any port to another port or to travel between two or more specified ports during the lease period. 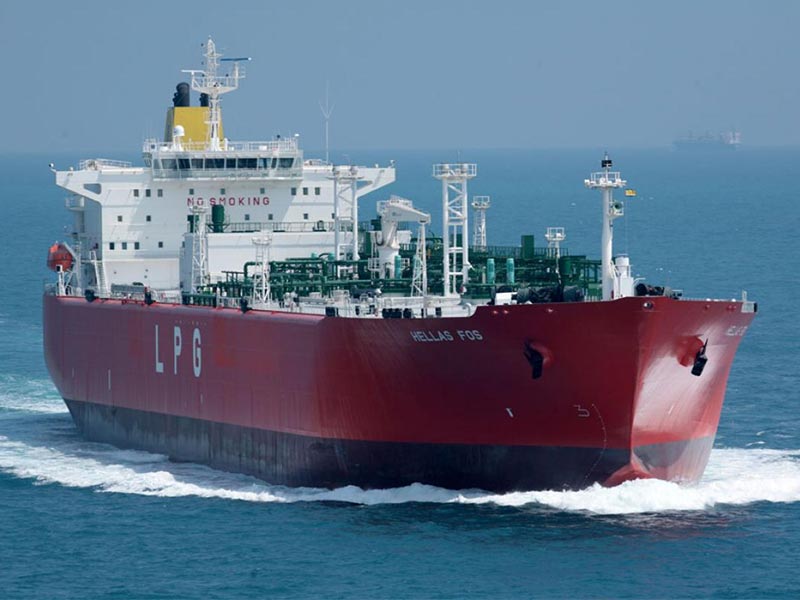 Obligations and responsibilities of the owner and lessee of ASD in Dubai in the time charter contract:

If the ASD vessel stops moving in Dubai due to a breakdown, technical defect or accident, no rent will be charged for the lost time, but for other times the rent must be paid in full, regardless of whether the ASD vessel in Dubai is full or It is empty, it has completed its journey or not.

In this type of contract, the owner of the ASD vessel in Dubai agrees to transport certain goods between ports or sometimes within a certain area and receive an amount as rent in return, this amount is calculated based on the weight of the cargo or, if it is bulky, based on its volume. becomes If the owner of the ASD vessel in Dubai does not know the exact amount of cargo to be carried, the parties may agree on a lump sum as fare.

There are two types of rental in the travel rental contract:

In cases where the cargo is equal to or less than the carrying capacity of the ASD float in Dubai, it can be transported in one trip.

If the cargo exceeds the carrying capacity of the ASD vessel in Dubai for one time, the performance contract will be set up for consecutive trips. This type of travel rental contract is valid between two dates that are determined, i.e. the start date of the first trip and the end date of the last trip.

Obligations and responsibilities of the owner and lessor of the ASD boat in Dubai in the travel rental contract:

The owner of the ASD vessel in Dubai undertakes to provide the charterer with the ASD vessel in Dubai in a ready-to-sea manner. Of course, the nature of this obligation depends on the conditions of the sea voyage. If a defect appears at the beginning of the trip in the ASD boat in Dubai and this defect cannot be fixed within a reasonable period of time, the lessee can terminate the contract.

Expenses such as crew wages, maintenance and repair of the vessel and provision of provisions and fuel, as well as port duties and usually the costs of loading and unloading goods according to the conditions (Liner Terms Gross Chart er) are the responsibility of the owner of the ASD vessel in Dubai. 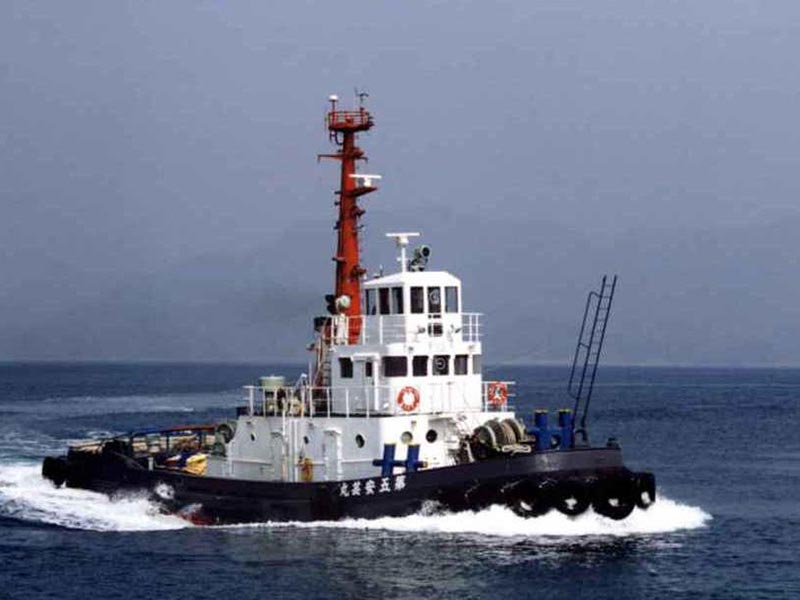 On the other hand, in addition to paying the rent, the lessee must load the cargo without risk in the ASD vessel in Dubai and do this within the allowed Laytime period, otherwise, he must pay the damage for the delay of the ASD vessel in Dubai in case of full rental. ASD floating in Dubai, the renter is also responsible for paying the rent related to the unused dead freight capacity. On the other hand, this type of ASD boat rental contract in Dubai usually includes a clause for termination in case of ASD boat delay in Dubai, which means that if ASD boat in Dubai is delayed for more than the period specified in the contract, the executor of this The authority is given to terminate the lease.

All costs related to the crew, fuel, repairs and maintenance of the ASD float in Dubai, as well as the supply of provisions, are the responsibility of the renter, because in this type of contract, the owner loses the management of the ASD float in Dubai for the duration of the lease and is only the recipient of the rent. Is. Therefore, in such a contract, it is the lessee who is responsible as the carrier to the owners of the goods (if he transports other people's goods). Conventional obligations in this type of ASD boat rental contract in Dubai, such as the owner's obligation to provide the ASD boat in Dubai ready for sailing or the lessor's obligation to compensate for the damages caused to the ASD boat in Dubai during the rental period, depend entirely on the conditions that the parties have in the contract. They make a specific rent.

- The name of the ASD float in Dubai, its specifications and capacity

Specifications and amount of cargo

- The manner, time, place and type of currency of payment for the fare

Allowed time for loading and unloading. When and under what conditions does this time begin and end, and whether exceptional times (such as working days when the weather is not favorable or holidays, etc.) should be considered or not. In case of damage for failure to load or unload within the prescribed period (damage for delaying the ASD float in Dubai) or a reward for speeding up loading and unloading in a shorter period of time.

Some important points in an ASD floating rental agreement in Dubai that the renter should pay special attention to are:

- Amount: the article related to having the authority to increase or decrease (load)

- Fare rate: Specifying that the cost of loading and unloading (including loading/unloading, cleaning/cleaning, etc.) is the responsibility of the renter or the owner of the ASD vessel in Dubai.

History Loading: the start and expiration dates and the period required for sending the notice: the materials related to the bonus for speeding up the unloading and loading and the damage for the delay of the ASD vessel in Dubai

How to rent a ASD tug from the Dubai Marine website